For all who are new to 3D Printing, Rapid Prototyping and Additive Fabrication in general
Community rules
1. Be kind and courteous
We're all in this together to create a welcoming environment. Let's treat everyone with respect. Healthy debates are natural, but kindness is required.

Are objects from photos 3D printable? Recently, a new app made quite a stir: Smoothie-3D promised to provide an easy modeling tool that gets you from a single photo to a printable 3D model. Now we put the app to the test: we converted a photo to a 3D model and printed it!


Finding software for converting a photo to a 3D model

One of the highest bars to pass to enter the world of 3D printing is learning how to create a 3D model. While online printing service like i.materialise facilitate the printing process itself, it often seems that there’s no way around 3D modeling.

But now the new modeling application Smoothie-3D offers a simple solution: A free online tool that makes creating 3D models as easy as possible and promises users a simple ‘Photo to 3D’ experience. No prior modeling expertise or software download is required. All you need is a single picture of the object you want to 3D print.


Getting the right picture for your 3D model

First, we looked for a picture of a squirrel and found this one. It would be an image that was taken from the side, as it makes modeling much easier. It should also be a photo that looks similar on the other (hidden) site of the object. That’s why this photo of a squirrel is great: we know that its looks the same from both sites. 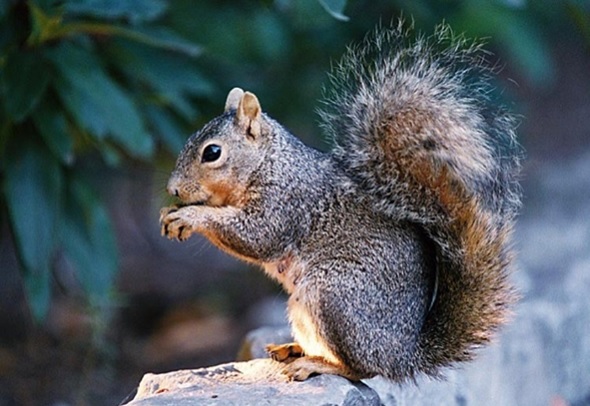 We then went to Smoothie-3D.com, logged in, and added the image by clicking on “Image” and “Add”. 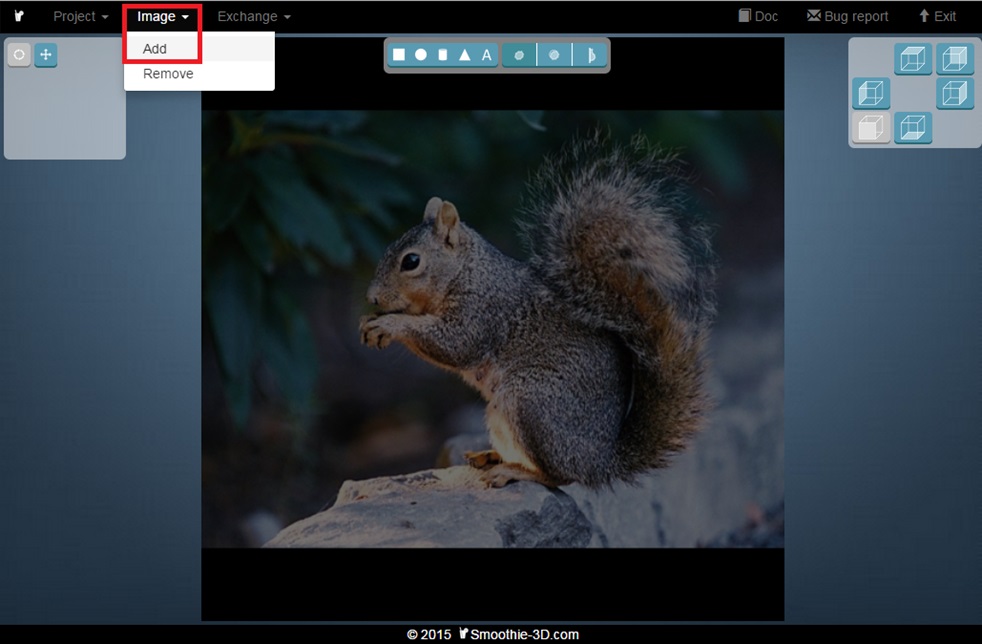 Turn your photo into a 3D model

So let’s get started with the modeling part. We now needed to draw a little: we drew the outlines of the squirrel and its body parts. The app turned these parts into a textured 3D model. When you are familiar with the interface and buttons this process only takes a few minutes. Take a look at the video below on how to draw the outlines of the squirrel and how to turn it into a 3D model:

When you use Smoothie 3D for the first time and are not familiar with its modeling tools, it might take a while to figure out how it works. We put together this screenshot that explains all the important tools you might need: 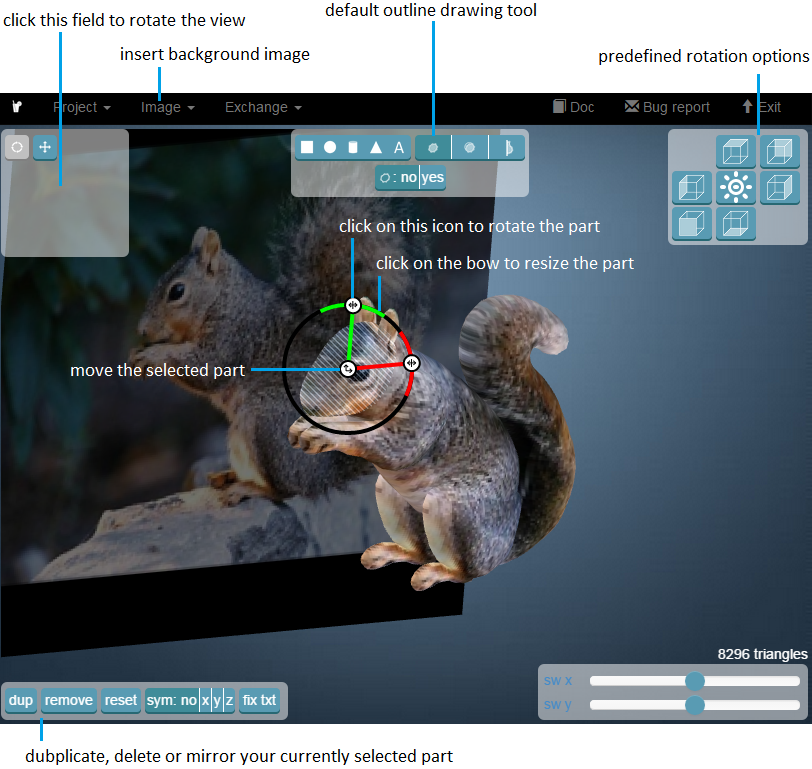 Created by Fabian in i.materialise.com

Return to “Beginners about 3D Printing”